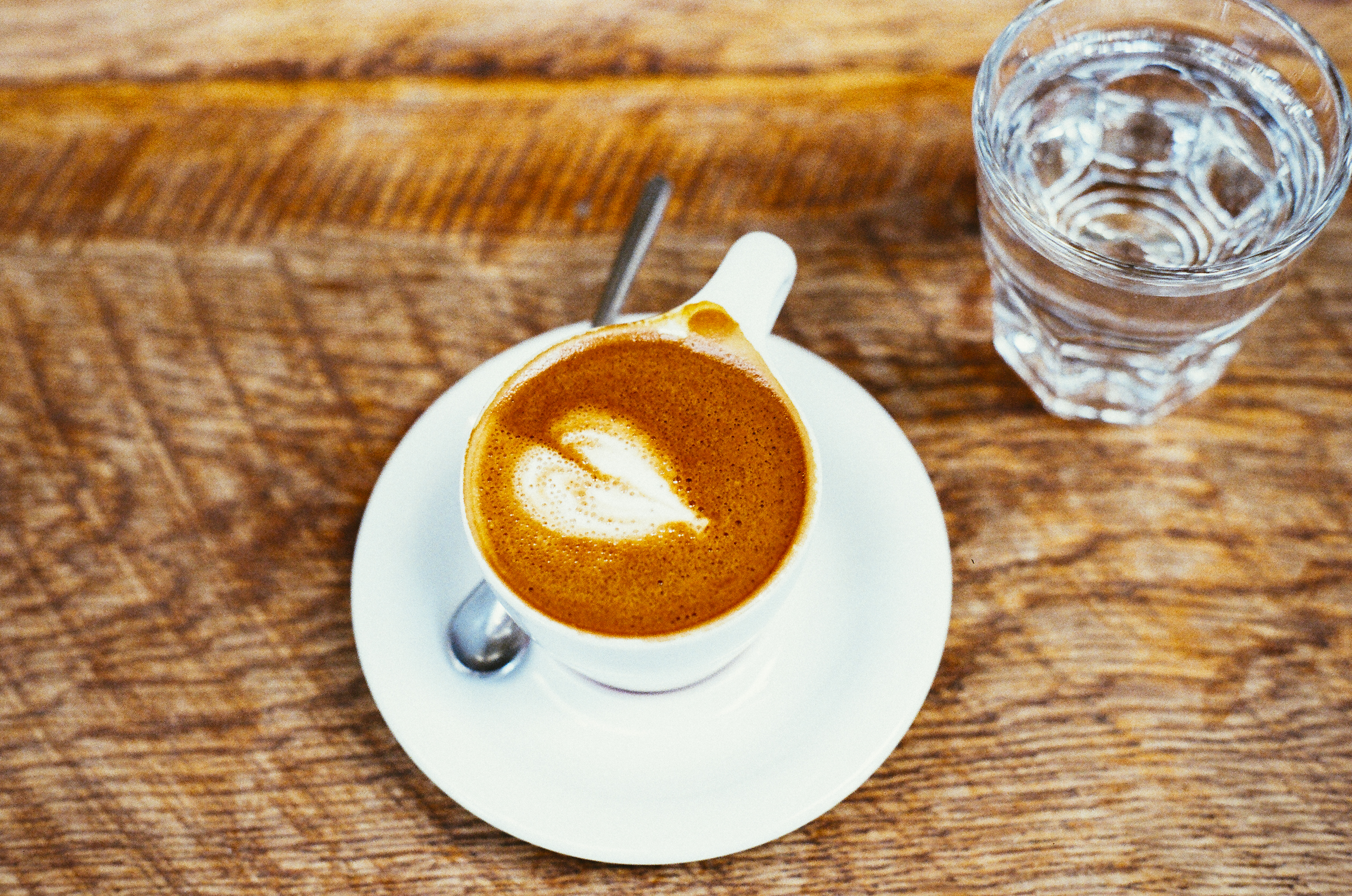 I was in a restaurant the other day and came across this wonderful coffee machine, the Saeco Odea. Two things caught my eye; first, the huge “coffee” button smack in the middle of the machine’s face and second, the apparent lack of many other controls.

There are three other buttons, but they’re for maintenance stuff; I won’t get into them here.

This is what the design tells me:

There’s no way I can miss that huge button; it’s like the big, fat green button on a copier for “gimme one copy.” It affords instant activation of the machine’s default action, “make coffee.”

I love that the water knob is basically a part of the big button. They’re positioning (and the lightweight feel of turning the knob) gives me the feeling that it’s not a problem for me to change the amount of water for each and every coffee I make, if I want to. I’ve seen coffee machines where you have to set the water level with buttons each time (like an alarm clock); that makes me reluctant to customize my coffee, giving the water level a more “set in stone” feeling.

There are two good things about the steam adjustment knob. Firstly, it’s a knob and not a button, which one also sees often in coffee machines. I’m no expert milk frother, but if I was, I’d sure love to have something to twist to make the machine do what I want. Secondly, it’s placed so as to break one usability guideline in favor for another…

The brilliant thing about putting the steam knob to the left side over the steam wand, instead of in the middle with the rest of the controls, is that it creates a task-based control grouping.

The machine exists for one purpose: to make coffee. Some coffee preparations require frothing milk, so the machine does that, too. That’s it.

The two are separate processes though, with no shared control elements. The Odea cleverly separates them so that task 1, making coffee, is in the front and center of the machine. As you can see in the picture to the right, these steps go in a straight line from the bottom, up.

Similarly, task 2, frothing milk is localized and separated from task 1. Again, from the bottom, up.

Why I Love It

Service in a restaurant can be fast-paced; there is usually too little time to learn how to use a new coffee machine. With clear affordances and visual hierarchy, one knows in a glance how to work this one. Even experienced, routine use is made faster this way. There is no menu through which to navigate and no options to select, just one button to press. The button is big too, also making things faster (Fitts’ Law, anyone?).

All this means a simple, fluid user experience that is almost like an afterthought, letting people just make coffee. Isn’t that the point, after all?