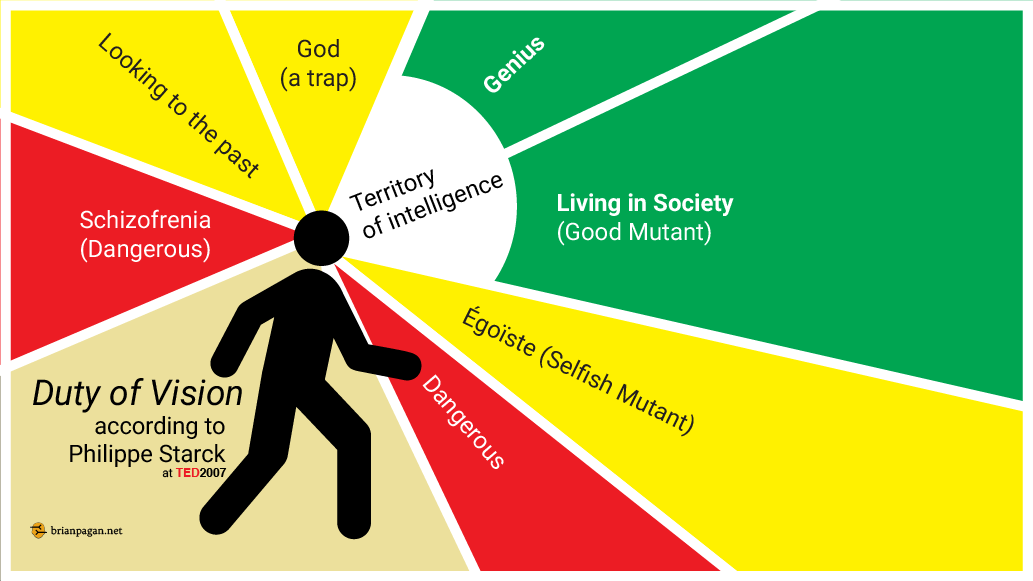 Our Duty of Vision, According to Philippe Starck

I watched a nice TED talk by Philippe Starck yesterday, where he thinks about design in the context of our evolution and the human “story.”

At around the middle of his talk (7:03 in the video), he starts describing what he calls our “duty of vision,” framing it as the angle of vision we humans (“mutants” in the context of his story) should look while walking. I found his metaphor so wonderfully visual that I drew it on paper while watching the video and decided to make a digital version here.

You may not agree with everything Starck says, but he does a great job of putting design and our duty as humans in perspective of our story. Watch the video, I promise it’s worth the 17 and a half minutes!