A while ago, I wrote a post about some present developments that hint at the future. Since then, I’ve seen these and find them no less exciting.

Anyone Can Go into Space Now

Well, anyone with $200,000 can. Virgin Galactic has officially opened its Spaceport America, which will serve as Richard Branson’s first space travel hub. While it’s still under construction, I can’t think of a better way for a rich person to have fun. As the price of space travel keeps dropping, we’ll be looking like idiots on other planets in no time.

We Can Predict the Future

Google- (and CIA-) backed startup Recorded Future analyzes patterns in publicly available to predict future trends. While trend analysis and predictive statistics have already been around for a while, information has never been as available as the internet and electronic tracking have allowed it to become.

If you’re feeling squirrely and like statistics, you can try Google’s own Prediction API own your own data. Check out this talk from I/O 2011 to learn more.

Androids Can Duplicate Us 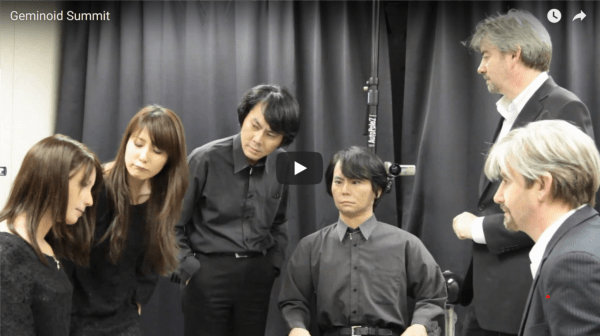 The video shows three Geminoids, developed by roboticist Prof. Hiroshi Ishiguro (shown in the video). While it’s no Blade Runner scenario, watching the video makes it feel pretty close. You can see the Geminoid-DK (the first non-Japanese of the series) and its original, Dr. Henrik Scharfe, at TEDx Brussels this Tuesday.

On a different note, you can rent similar droids for yourself through the manufacturer…

The “ancient Greeks” already discussed the possible pitfalls of humankind’s technological progress. Plato’s Phaedrus features Socrates using allegory to discuss whether writing has hindered people’s collective ability to remember and learn. Sigmund Freud, in Civilization and its Discontents, puts forth that each human has become a sort of “Prothesengott” (prosthetic god), dependent on “Hilfsorgane” (artificial limbs), which are not perfect and make us unhappy.

For us, films like Surrogates and books like Nevil Shute’s On the Beach try to show us the writing on the wall. Technology and its progress can be great, as long as we take the responsibility to avoid the pitfalls.